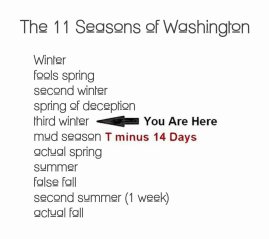 Recently, I saw an image that said there were 11 seasons in Washington. Right now, we’re in “third winter” and we’ve been snowed in for nearly two weeks now. If I hadn’t parked my car in a safer area on the street (instead of our driveway), we would be in dire straits, and the bunnies might have gone from pets to meals.

We also finally all recovered from influenza A (we were sick most of January), which was sandwiched between two colds that went around the whole family. The up side to being swamped 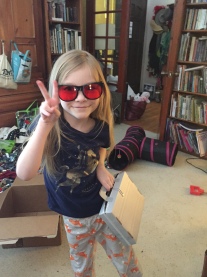 with holidays and family-shared illnesses is when snowed in later, we have a stack of educational kits to go through. Today we opened the Secret Agent box from Kiwi Crates.

We explored two of three projects and now Little Fox is a secret agent, reading coded messages in his spy briefcase. This is in line with starting Carmen Sandiego, who, while a thief and not a spy, has overlapping skills and uses stealth.

Of course, once we’d made the briefcase and stored away his secret files, we had a secret agent dance party.